Not Your Average Apple Unit

*Click any image to be taken to the resource*

It’s that time of year. You know what time we’re talking about.

We love an apple unit as much as the next teacher…but when you think about the fact that so many of our beloved apple units consist of similar content from Pre-K to around 2nd grade…it makes you want to rethink our apple unit! If our students have been taste-testing, graphing, stamping, and learning the lifecycle of apples for years, how can we shake it up? What else can we tell other than our Johny Appleseed narrative?

We have a few ideas. Let’s start with Johnny. Johnny’s folktale is cool- but Johnny is so much more interesting than we might have been taught. We love to teach our students about the traditional legend- but then we sprinkle in some historical facts! Like the fact that Johnny wasn’t “poor” because of his bare feet and tattered clothing. He was actually very rich! A businessman, even. He’d plant orchards all over because at the time, there was a law in place that said that if you planted an orchard, you could claim the land. Plant and claim he did…and sold it to make a good amount of money! We could get some geography in! We learned that the fist apple seeds were found in Asia. Eventually they were spread and traded on the Silk Road. We thought it would be a great way to tie in apples and geography in! Our students can learn what the Silk Road was and why it was a thing…then they can trace the routes on a map. The Silk Road shows up throughout history for so many reasons, the connections will be endless!

Honestly, this one is my favorite. We learned about the concept of market research after trying to guess what America’s favorite fruit was. Most children assumed that it was the apple- but really, was the banana! We read about the people who have the job of studying these spending trends and how that informs the way we spend and shop! We learned about the job of an apple picker…which is HARD work! Another interesting thing to consider is the concept of mirgrant workers. Many apple pickers are seasonal/migrant workers and in recent years, apple farms have reported that they are struggling to get the apples picked because workers are concerned about coming to the U.S. This is an interesting idea to grapple with. What happens to a farm if the crops can’t get harvested? Lots of interesting concepts to learn! For a STEM connection, we ended up doing an experiment with fresh and frozen apples. That’s because we learned that some of the apples that we buy in the store can be up to one year old! The industry calls them “birthday apples!” They are kept in a temperature-controlled storage rooms. Students are SHOCKED when they learn this! And…if you liked this one….we have LOTS more where that came from! Check them out! 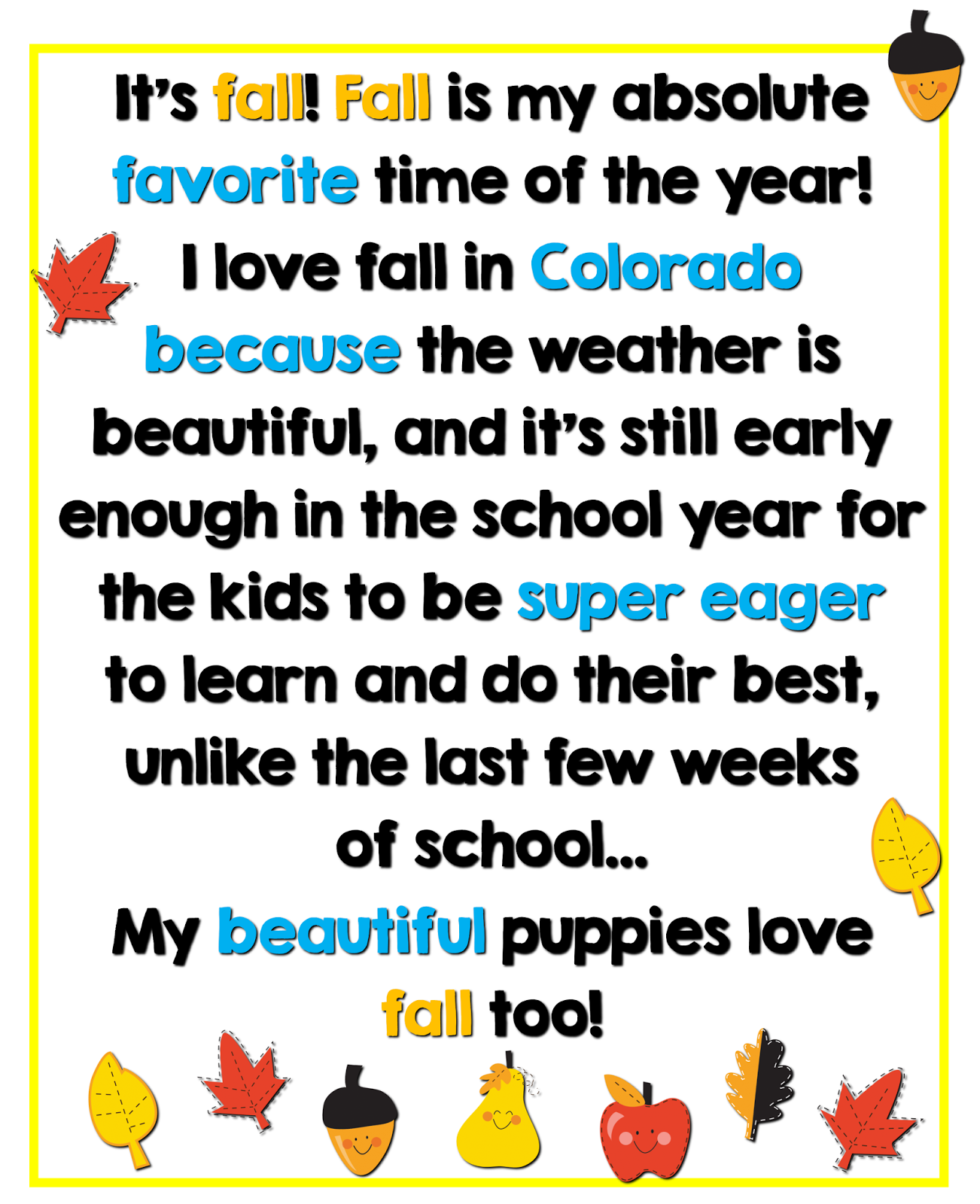 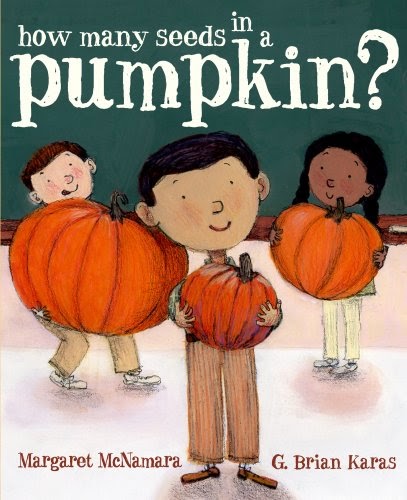 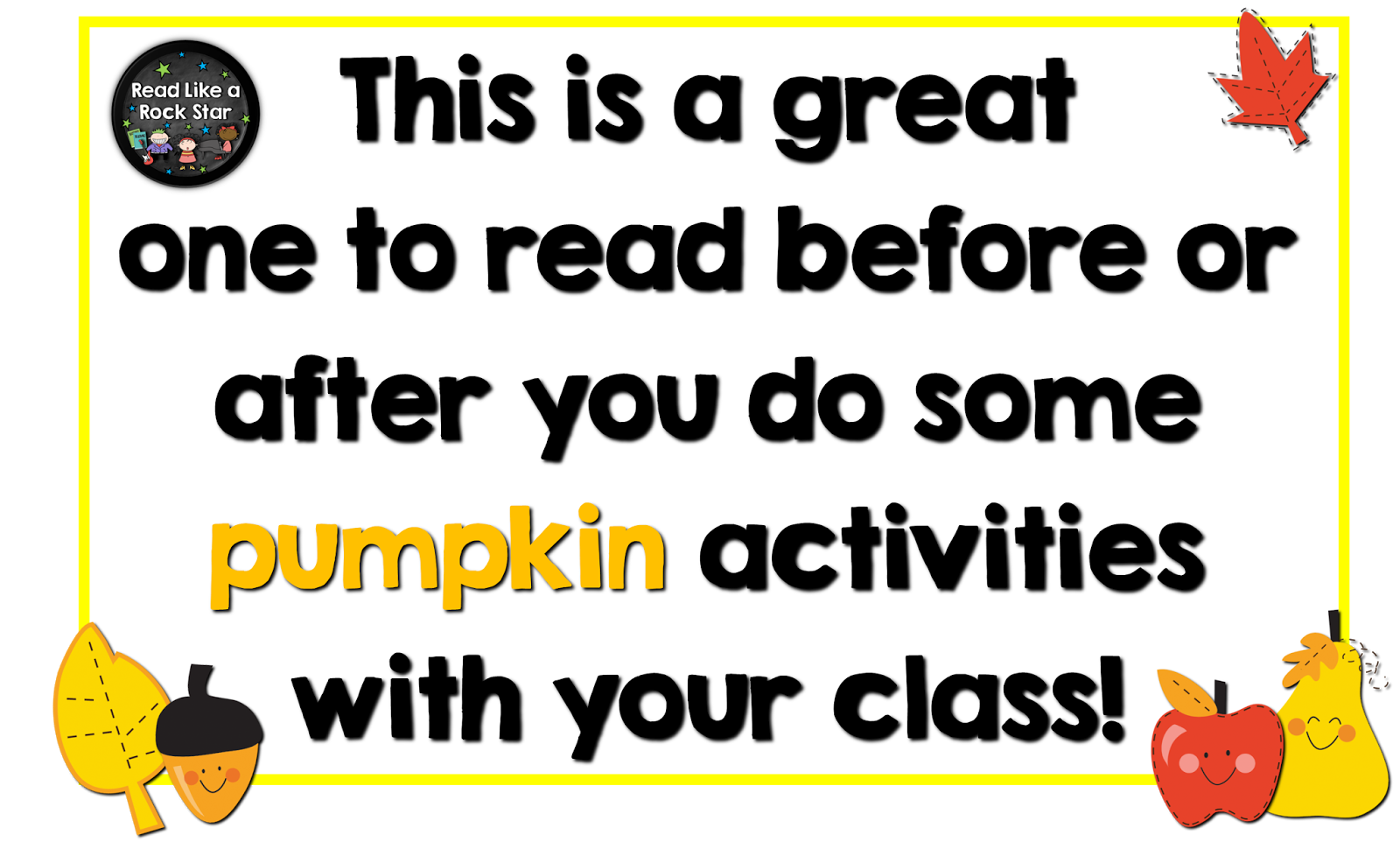 Idea: Bring a pumpkin into the classroom. Take estimated guesses from your students about how many seeds are inside. 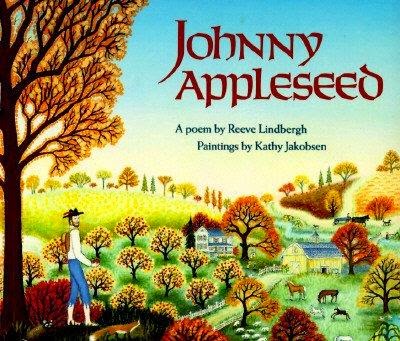 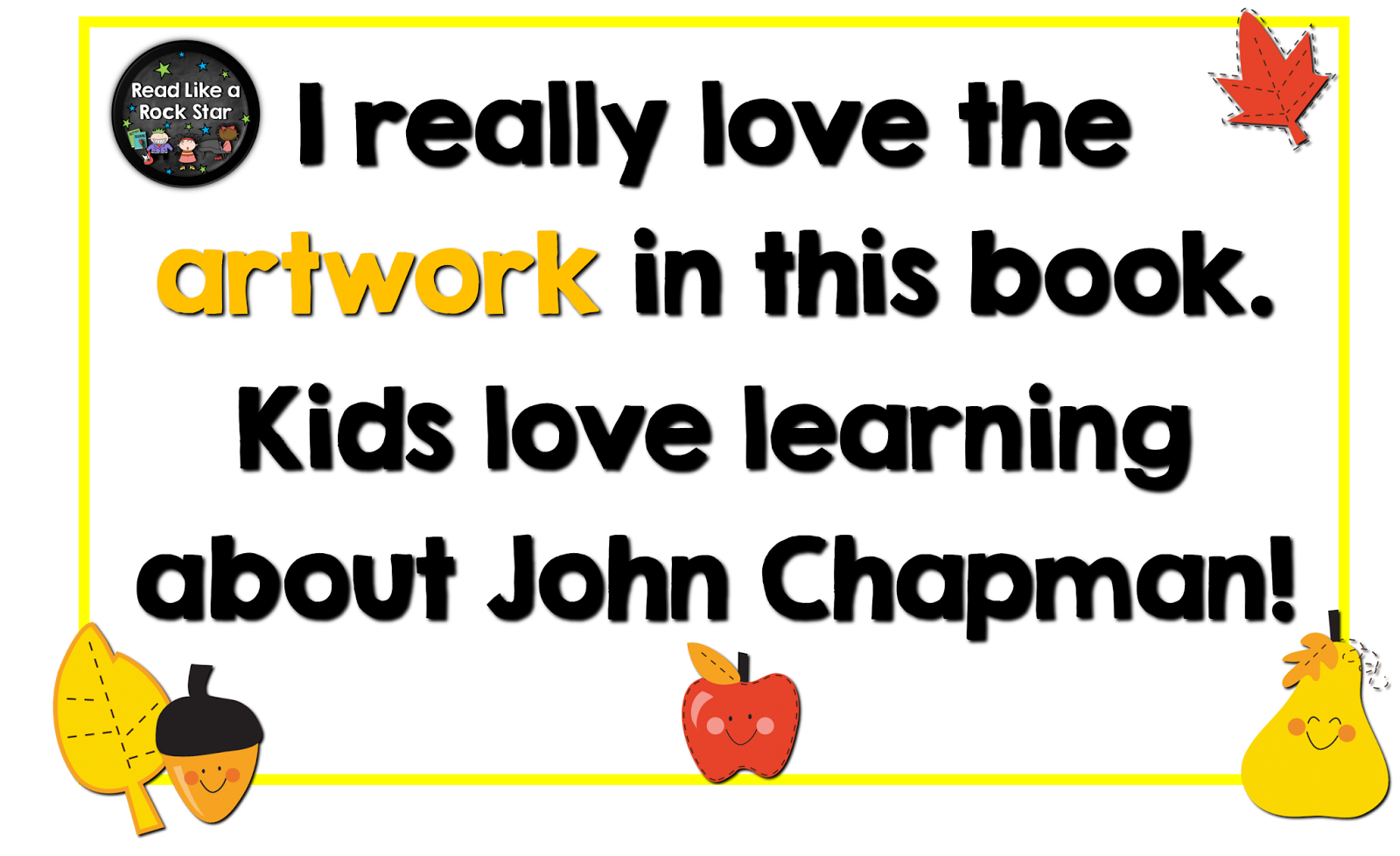 Idea: Bring apples into the class. Study the seeds and discuss the plant life cycle. Encourage the students to go home and plant the seeds so that they can grow their own apple trees! 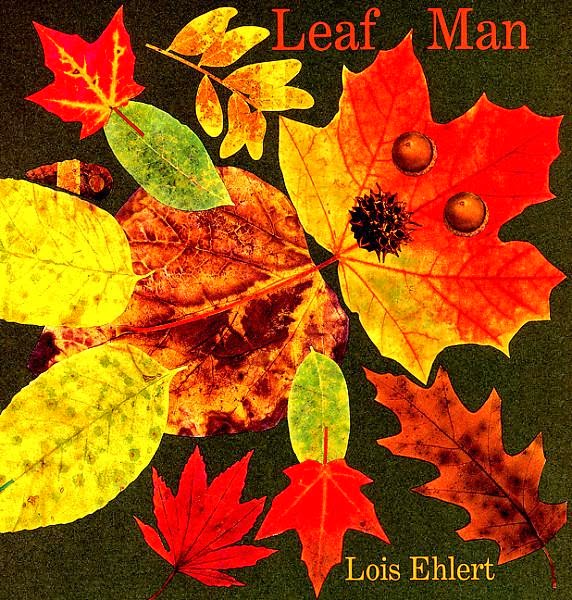 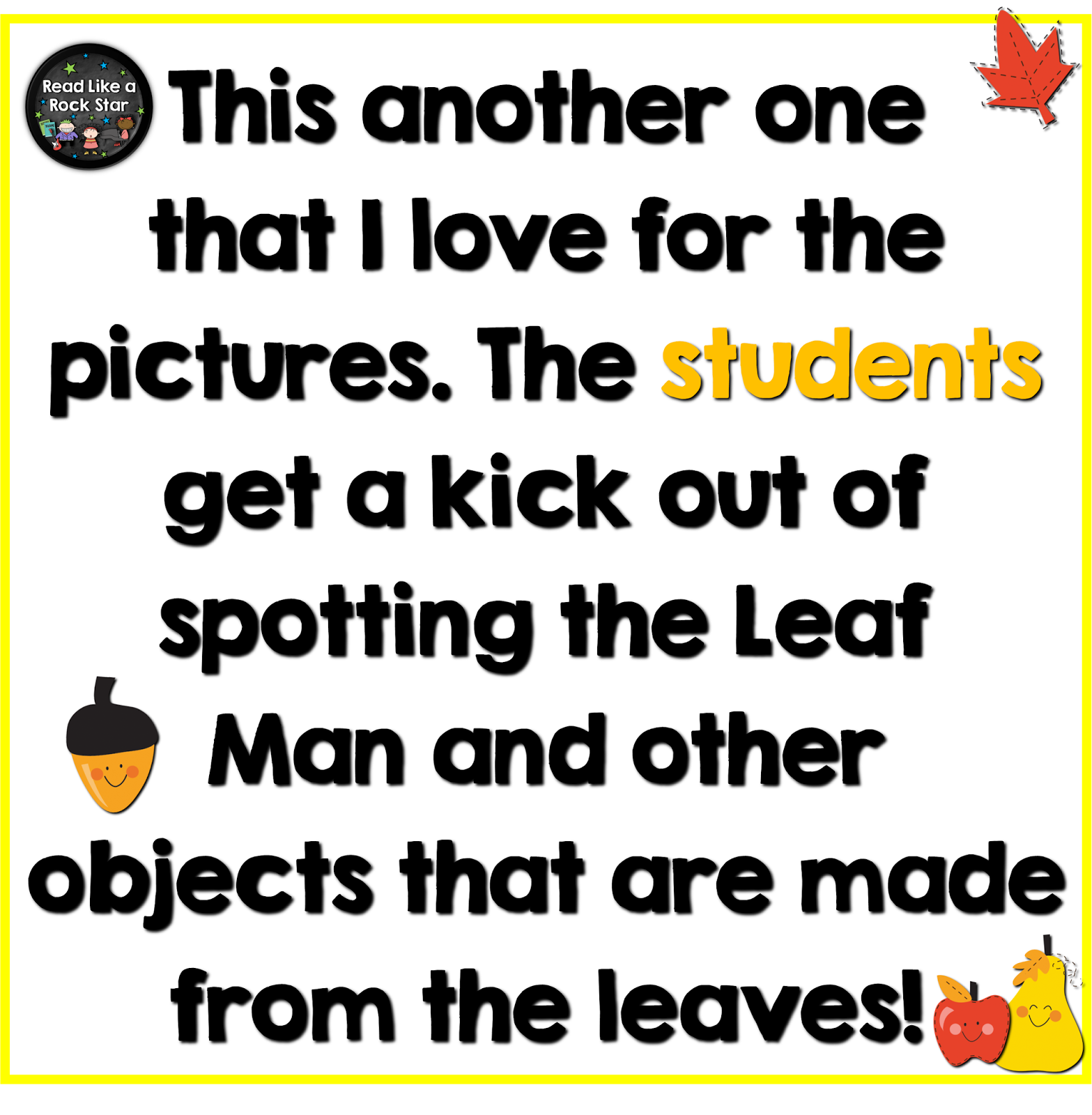 Idea: Have your students make their own Leaf Men made from real leaves they’ve collected outside. 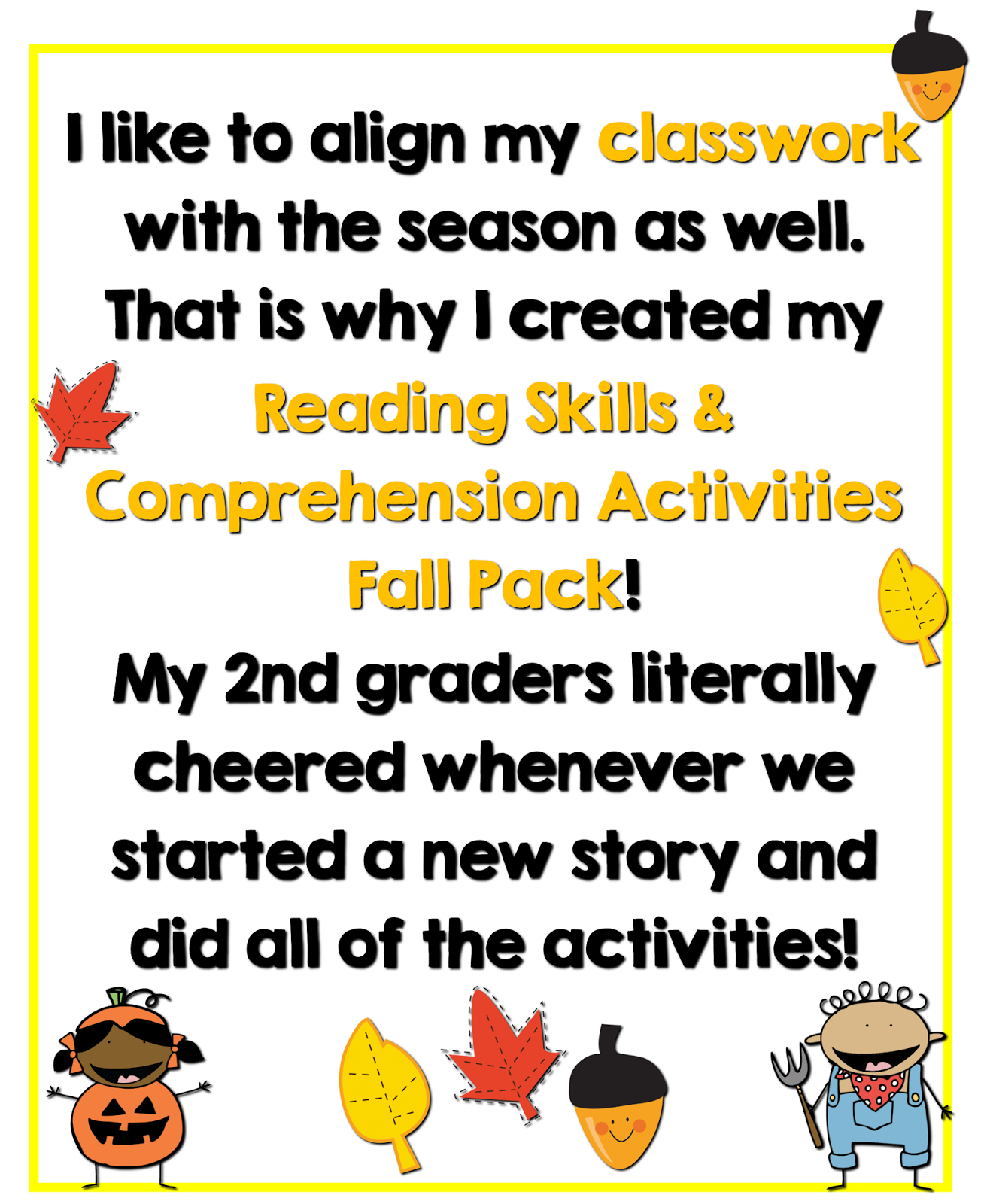 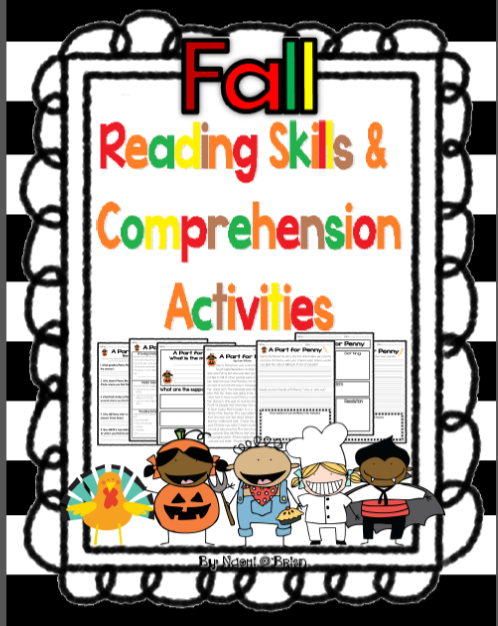 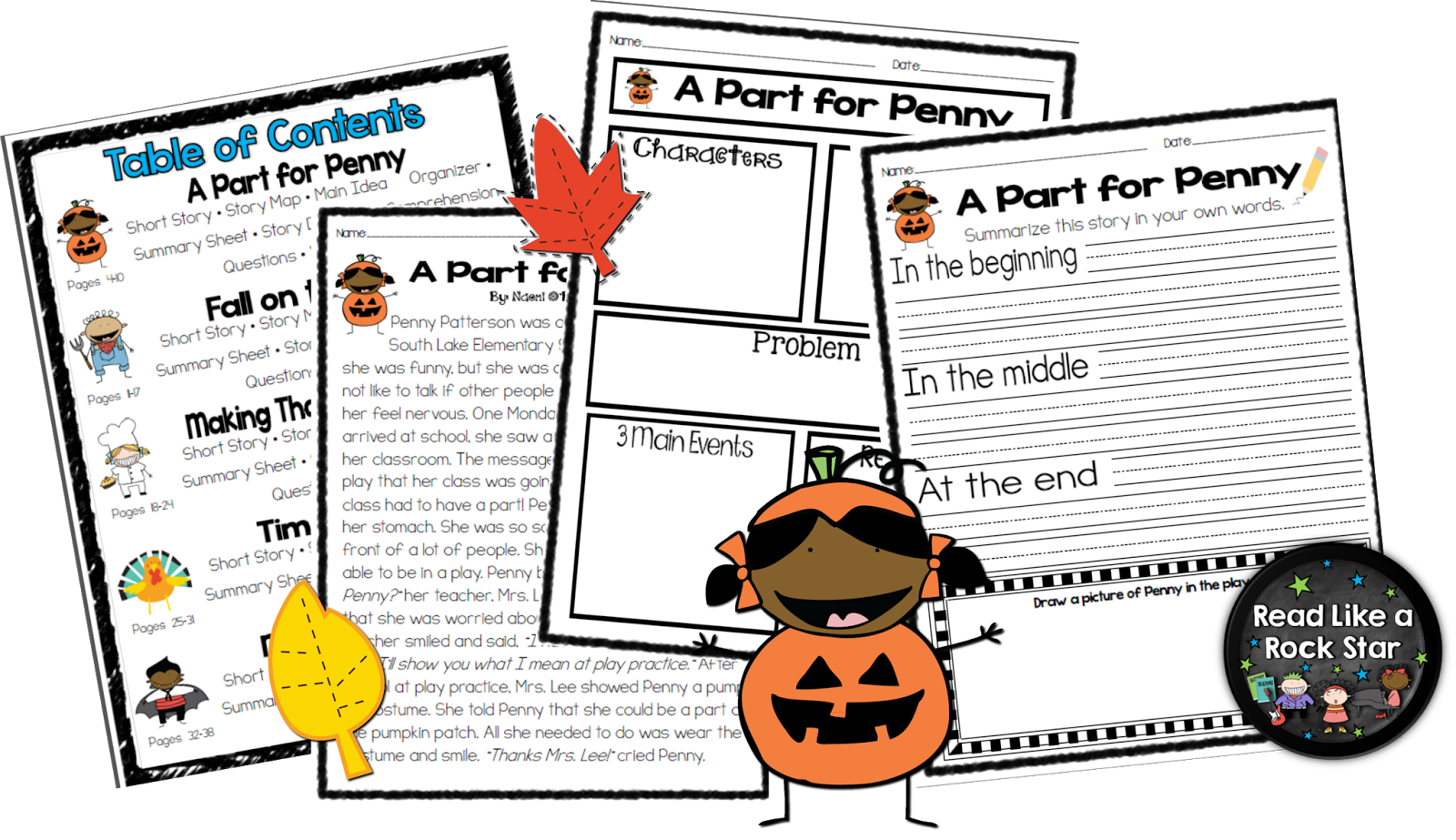 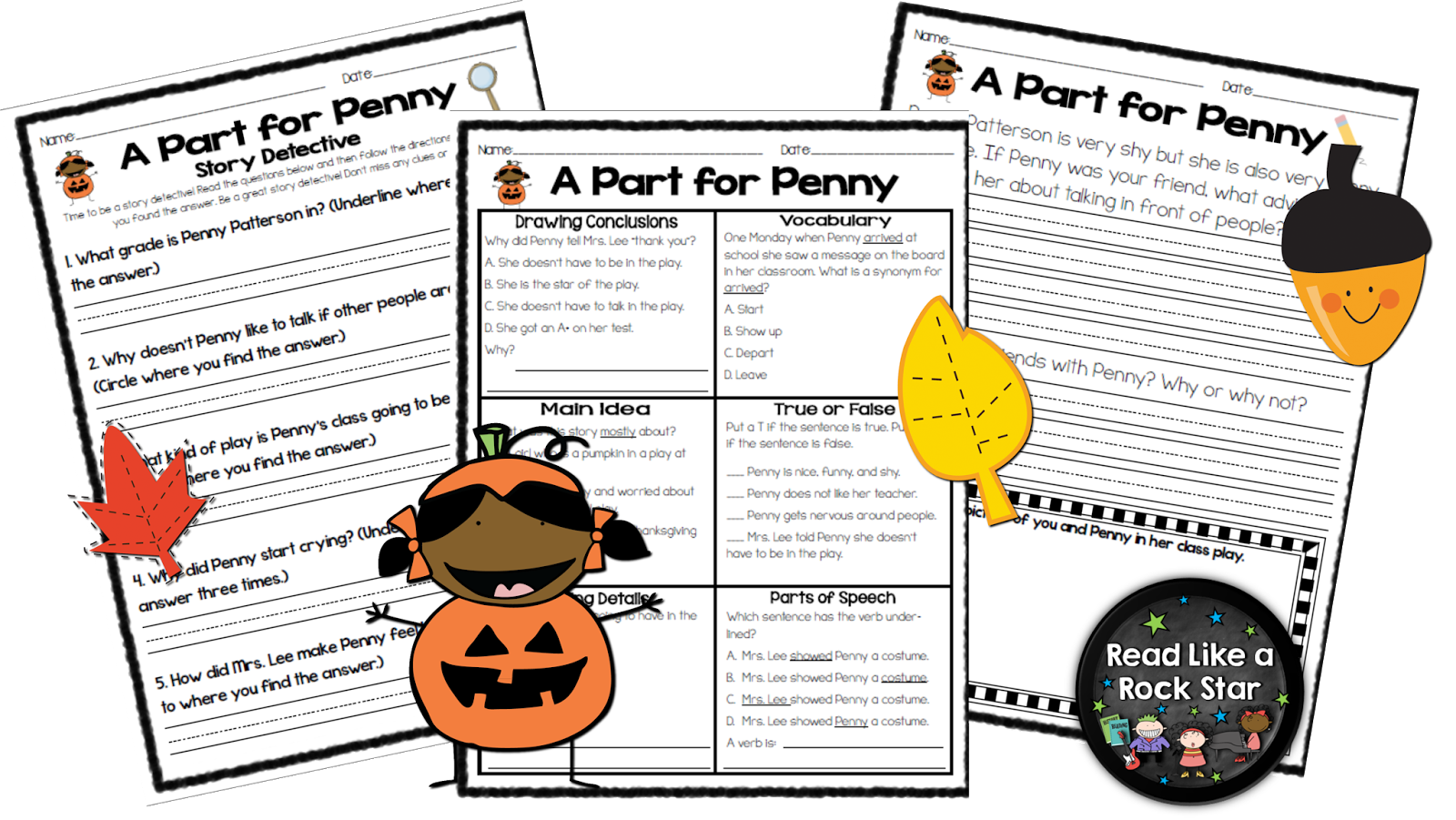 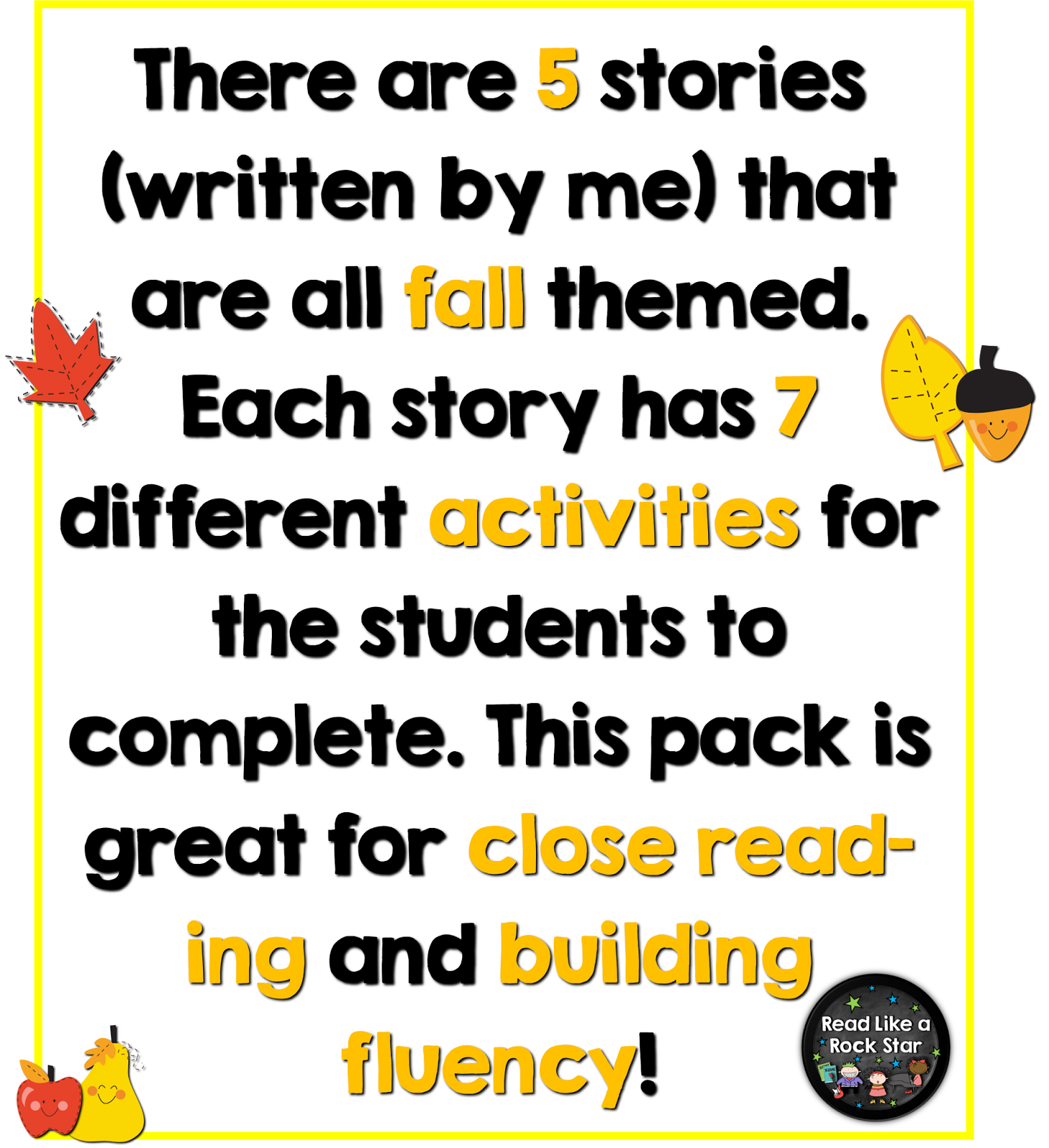 For a more detailed explanation of how to use this product throughout the week to make guided and close reading easy, click here! 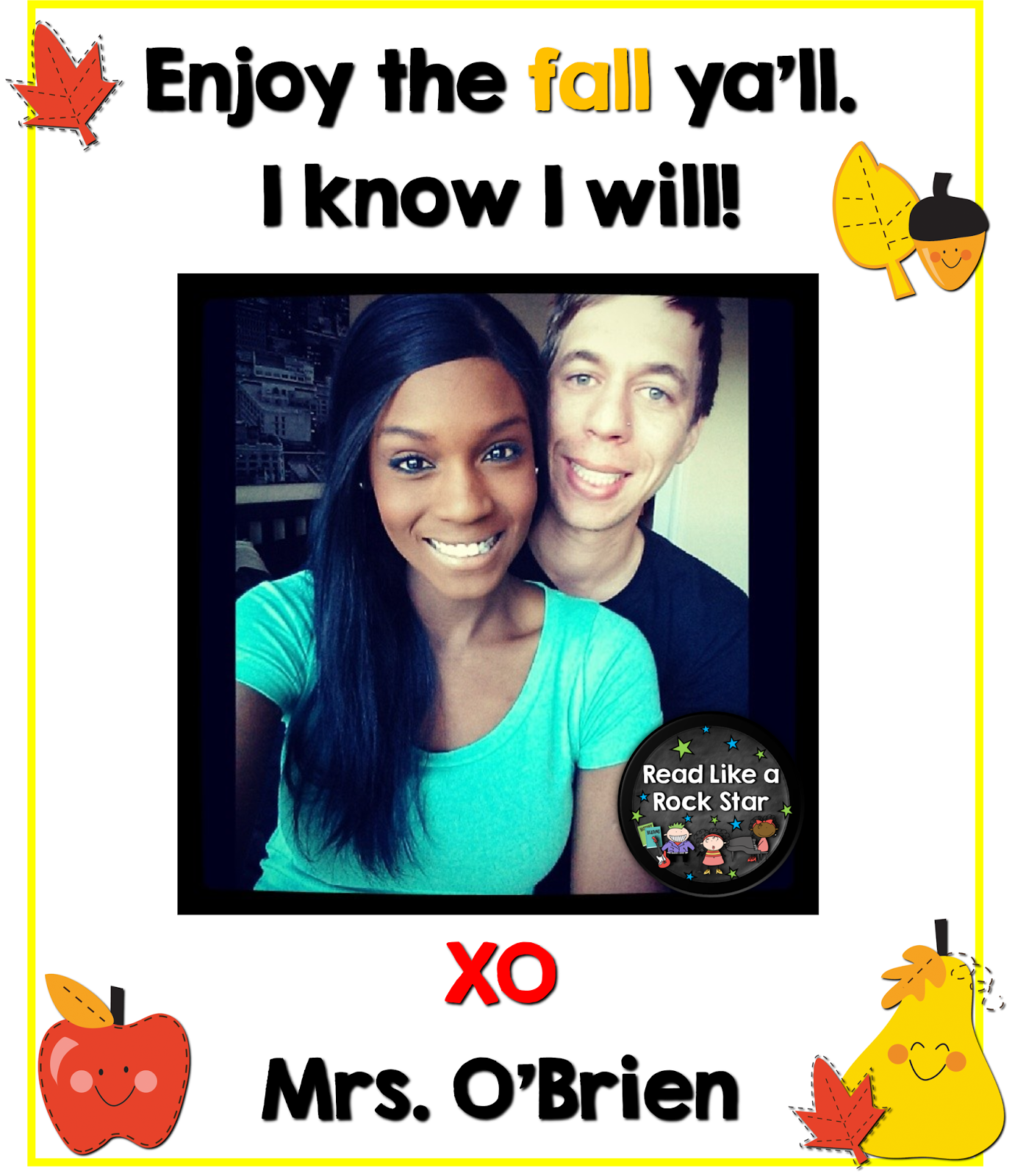